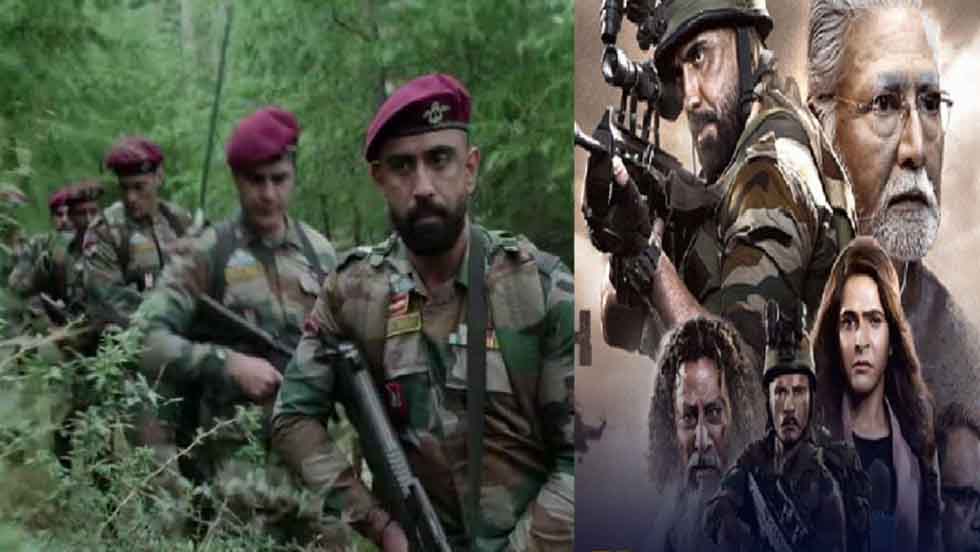 About Avrodh: The Siege Within
In Sep 2016, the Indian army woke up to the deadliest attack on Indian security forces in Uri, Kashmir. 10 days later, a Surgical Strike happened to redress the same. While the event is well known, the conspiracy behind it and the details of immense planning by the Indian army remains untold. Unfolding that story for the first time ever, SonyLIV brings the most authentic account of the landmark event in its next original Avrodh: The Siege Within. The 10 episodes Hindi series airing live from 31st July.
The web series is directed by Raj Acharya, produced by Samar Khan’s Irada Entertainment LLP.
Who is in the cast?
The cast actor names include Amit Sath (as Major Videep), Vikram Gokhle ( as Prime Minister), Darshan Kumaar ( as Major Raunak Gautam), Pavail Gulati ( as major Rishabh Sood ), Neeraj Kabi (as Shailesh Malviya), Anant Mahadevan (as Satish Mahadevan), Madhurima Tuli ( Namrata Joshi) and Mir Sarwar ( as Fakruddin Rashid).

Avrodh web series storyline revolves around the covert mission and details the conspiracy behind the URI attack and the immense planning, precision, and strategy that went into the strike. After months of extensive research and consultation with army officials, the narrative was sketched out from different perspectives. To ensure Avrodh series gives viewers an authentic view of the events in an engaging and entertaining manner, the makers invested over two years in production of the series. The end result is a pulsating series that keeps the viewers at the edge of their seat.

How to Watch Avrodh Season 1 All Episodes Online? When And Where?

Avrodh: The Siege Within Web Series Season 1 All episodes watch online airing on streaming service SonyLiv from July 31, 2020. Click Here To Go For Adrodh on SonyLiv.