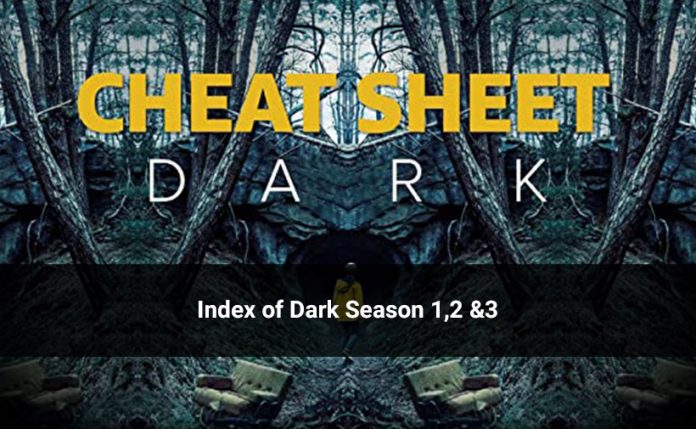 Netflix is one of the leading OTT platforms known for its amazing & mind-bending content. Currently, it has been in critics and talks about its German Show “Dark”. Comprises of three mind-blowing seasons, Dark is the first original German series produced for Netflix. But this is not the only thing that makes Dark an extraordinary series. With the motto “Everything is Connected”, Dark is Netflix’s binge-worthy show that will blow your mind with its excellent writing, precision & explanation.

It has been awarded to be re-watched. Here is the Index of Dark Season 1, 2 & 3 with its cast details and season recap. 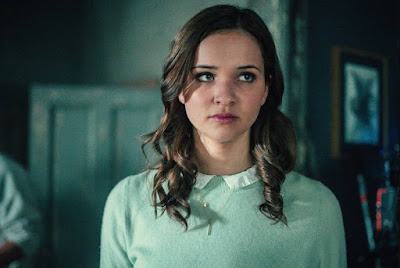 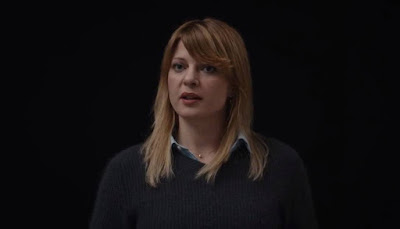 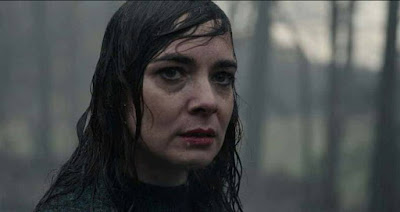 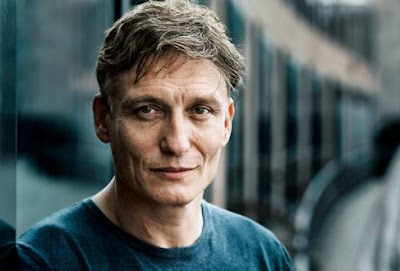 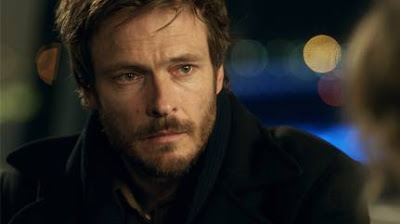 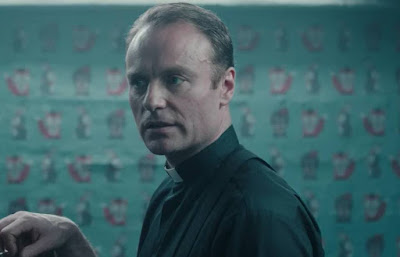 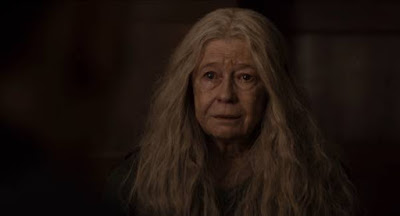 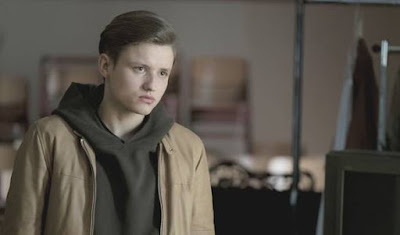 Season Recap: Dark Season 1 starts with the disappearance of an 11-year old guy Mikkel Neilsen in 2019 while searching for the drug dealer Erik’s weed stash in a cave within the forest, with his siblings Martha & Magnus Neilsen, along with friends Jonas Kahnwald, Bartosz Tiedemann and Franziska Doppler. Jonas Kahnwald just returned from the psychiatric institution after his father (Michael Kahnwald) died and his mother Ines Kahnwald hides away his suicide note.

The disappearance of Mikkel interlinked with the Nuclear Power Plant of Winden and the four families: Tiedemann, Doppler, Kahnwald & Neilsen. As the police officer Ulrich Neilsen investigates the case of his son Mikkel’s kidnapping, he learns some mysterious & dark secrets associated with all these four families and how they are interconnected with each other for centuries.

Ulrich learns that his brother Mads Neilsen was also disappeared in the same manner in 1953. On the other hand, a stranger gives Jonas a clue about a wormhole in the cave that lets anyone travels 33 years back in the past or 33 years forward in the future on Apocalypse. While searching for Mikkel, the police find a dead body with bleeding ears and burned eyes who is not of Mikkel but is of Mads who was disappeared in 1953.

Meanwhile, Jonas receives a letter that reveals that his father Michael was actually Mikkel who accidentally travelled back to 1986, married to Hannah, gave birth to Jonas and committed suicide in the present.

To bring back Mikkel in the current time, Jonas decides to find that wormhole & travel back in the time to find out the truth. Stranger gives Jonas a parcel which let him enter in 1986. The disappearance of the other two guys Erik (Drug Dealer) and Yasin (Elisabeth Doppler’s friend) let Ulrich believe that Helge Doppler (Father-In law of his boss Charlotte Doppler) and Priest Noah is involved in all the mysterious kidnappings from 1986 to 2019. The Stranger meets H.G. Tannhaus (who believes in time travel via wormhole) to repair the time-travel machine so the Stranger can destroy the wormhole.

The season ends with Noah’s confession to Bartosz in 2019 that Claudia Tiedermenn (Regina’s mother) is the real enemy who sent Jonas purposely into the wormhole. The young Helge is transported from 1953 to 1986 and Jonas is transported from 1986 to 2052 in Winden. Mikkel still stuck in 1986 & Erik and Yasin killed and left in 1956.

On June 21, 2020, new police officer Clausen decides to investigate all the disappearances that happened in six months. The adult Jonas reveals everything about Michael and Mikkel to his mother Hannah, and she decides to rescue Ulrich by traveling back in 1953, but instead of rescuing him, she left him there. Nuclear Plant’s owner Aleksander Tiedemann buries barrels of Nuclear waste (potential God Particle) under the concrete. Jonas from 2053 enters in the God Particle and ends up landing in 1921. Claudia time travels multiple times to break the loop and in the process kills his father Egon in 1987.

In 2020, Jonas reveals everything to Martha about how she is his aunt and about time travel. Adam kills Claudia and Noah didn’t share the diary pages with Adam after learning that Charlotte was his daughter, and now he wants to kill Adam. Clausen access nuclear waste where it was buried. Young Jonas & Claudia activates the time machine. They found Martha & Regina and brings them to Bunker. But Adam reaches there and shot Martha in front of Young Jonas to maintain his existence. Elisabeth uses God particles to travel back in 2020, and a portal is formed between 2020 and 2053 using nuclear waste.

As Elisabeth in 2053 and Charlotte in 2020 touch each other’s hands via the portal, Apocalypse occurs in Winden. Before the destruction can kill Jonas, Martha from another dimension appears and save him.

Season Recap: The finale season of the Dark will take you to the trip of parallel universes including the Original Universe from where all these cycles were started and can be finished as well. The third and final season of Dark explains all the questions left unsolved in the previous seasons.

The third season begins from where Dark Season 2 ended. Martha from the alternate universe saves Jonas and takes him back to the alternated universe. In this alternate universe, all four families still exist but with some changes. Since Mikkel never traveled back in time, so his son Jonas/Adam is not the part of this universe.

But there is another villain named Eve in this universe which is Alt-Martha. Ulrich again travels back in time but in 1986 this time to kill Adult Helge for the disappearance of his son Mads. In this alt-universe, Ulrich again left Katharina to be with Hannah but cheats on Hannah with Charlotte Doppler.

These two worlds are bound together in a knot and while Adam wants to destroy this Knot, the evil Eve intends to preserve it.

Who are Adam and Eve actually in Dark? Which one of them is the real Evil?

Adam and Eve are actually the future versions of Jonas and Martha, respectively. After bringing Jonas to the alternate universe, alt-Martha gets pregnant with his child. As a child from both the universes, their children and grandchildren formed the family tree of the four families. Adam and Eve learn that their child will be the bridge between these two worlds & the origin of this knot. To destroy the bridge, Adam doesn’t want the birth of his child and thus in one reality kills pregnant Martha.

Adam was unaware of the fact that when Apocalypse occurs, for a fraction of seconds, time pauses and one can create multiple timelines during that period in that universe. But Martha was aware of it and created two timelines: One in which she brings back Jonas to the alt-universe and the other in which Bartosz stops Martha from saving Jonas. Eve needs both versions to preserve the knot and keep her son alive.

Since Martha uses people for her purpose to preserve the knot, and that is why all the killings happen, we can say Martha is the real Evil of Dark.

Ending of Dark Season 3 depicts how Jonas and alt-Martha finally destroy the origin knot with the help of Claudia. Claudia learns that apart from the two universes of Jonas and alt-Martha, there must be a third universe as well, which is the origin point of this loop. In this origin universe, H.G Tannaus lost his family in an accident in 1970, and to bring them back, he invented the time machine in 1986, which created these other two universes and the knot. To end the knot and the other two universes, it must be needed that the Tannaus family survive that accident, so he doesn’t invent that machine.

Claudia gives this information to Adam and asks him to stop Tannhaus from making the machine by saving his family in that accident. Before the Apocalypse, Adam reaches the moment where Jonas was grieving on Martha’s death and asks him for help. This version of Jonas arrives in the timeline where Bartosz stops Martha from saving Jonas. He and Alt-Martha then travel in 1970 using his time machine to save Tannhaus family from the accident. As his family lives, Tannhaus don’t build the machine, and the other two universes and all the person involved in that knot (including Jonas & Martha) diminishes.

Dark Season 3 ends with happiness where Hannah is pregnant with Woller’s child and decides to keep their child’s name “Jonas”. It leaves us thinking “Is this the part of Another Cycle” or it is just a tribute to Jonas to show no matter what happens, Jonas will exist and maybe lives a tragedy free life now.

1. Where to watch and download Dark Season 1, 2, and 3 online with Subtitles?

Dark is a German show with all three seasons available on Netflix App to watch online. After login the app, you can watch Dark all seasons on Netflix with the subtitles in Engish or German in HD quality. Dark is currently streaming only on Netflix to watch online or download in HD quality. You can download all the episodes of dark Season 1, 2, and 3 in the Netflix app using the “Download” option.

2. Is it possible to watch German Show Dark in English on Netflix?

Yes, German Show Dark is available on Netflix to watch in English. To watch Dark in English audio on Netflix, follow these steps:

3. Is Netflix’s dark show worth watching?

German show Dark is one of the best shows of Netflix and appears in the top 10 shows in India on the app to watch. With the concept of time travel, supernatural activities, and mysterious disappearances, dark is mind-bending shows that will keep you hooked till the last and worth watching.

If you are looking for a quick season recap or Index of the Dark Season 1, 2, and 3, it is mentioned in this article for your ease. Check it out to get a quick summary of the show.

All the information mentioned above, along with the Index of Dark Season 1, 2 & 3 is for entertainment purposes. We at the nine khabar do not promote piracy and so the links in the index tables are official and ethical. You can watch all the season and episodes of German Show dark on Netflix by taking its subscription or 30-days free trial. Dark all three seasons. Hope the season recap of Dark 1, 2, and 3 will help you to understand the show better.